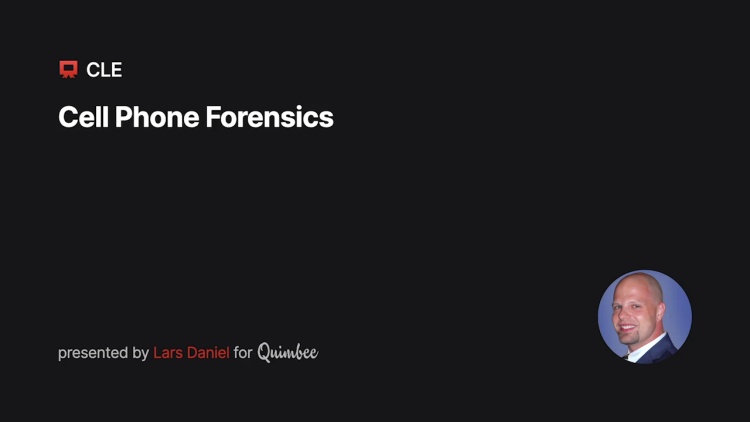 The purpose of this class is to educate legal professionals on how cell phone forensic evidence is extracted from cell phones, tablets, and other mobile devices. Explanations will be given on what is in accordance with forensic best practices, and how this evidence is properly preserved. In addition, attendees will learn about the fragile nature of digital evidence, and the extent to which this information can be changed if not handled correctly. Attendees will learn the types of evidence that can be recovered from cell phones, including location-based information, messaging application data, voicemails, multimedia such as photos and videos, meta-data, and more. The different forensic artifacts will be explained in detail. Given the rising instances of fake text messages and call spoofing, a section of this class will explain how this is commonly done, even by people with little technical knowledge, and how an investigation is performed todetermine the authenticity of such evidence. Upon completion of this class, attendees will have a working knowledge of how cell phone forensic data collections are performed, the types of forensic artifacts that are recoverable, how data is authenticated, and how such evidence can be used for their purposes when working a case.