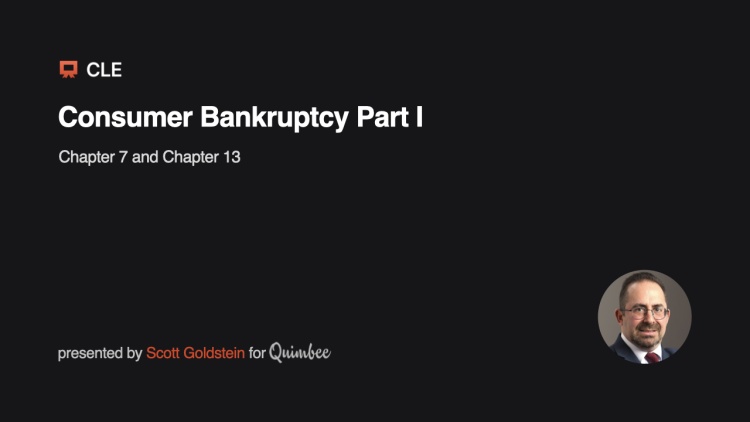 Chapter 7 and 13 are the primary chapters of bankruptcy relief available to consumers who find themselves in over their heads with debt. This course will explain the basics of Chapter 7 and Chapter 13 cases for consumer debtors. The first half will explain the basics of both chapters, the elements of each one and the players and their roles in each type of case. The second half of the course will walk through the handling of a case from inception to discharge.