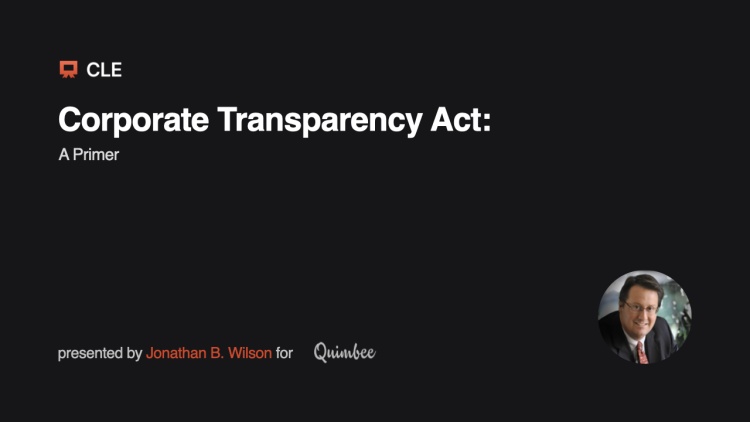 The Corporate Transparency Act is going to change dramatically the way that founders and investors in privately-held companies interact with each other. The CTA, once implemented, will require roughly 25 million U.S. companies to file a beneficial ownership report with FinCEN, the Financial Crimes Enforcement Network of the U.S. Treasury. Each beneficial ownership report will contained personally-identifiable information (PII) about each of the company’s “company applicants” and “beneficial owners.” FinCEN will maintain a database of beneficial ownership information that will be confidential, but accessible by specific law enforcement agencies pursuant to regulations that FinCEN will adopt. Understanding how the CTA will change the interactions between founders and investors will allow attorneys to modify the contractual relations between those parties in anticipation of the CTA coming into effect.