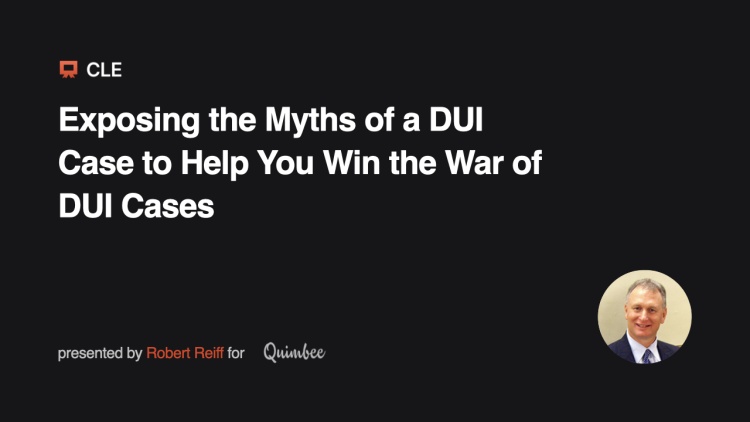 We have received requests for some more war stories from our lecturers and justice warriors. This presentation delivers that. Robert “Bobby” Reiff began practicing law in 1983, almost 40 years ago, when he was thrown into the Miami-Dade State Attorney’s Offices DUI Division and told to try cases. That he did, so much and so successfully that within 6 months, he was asked to be the chief of the DUI Division. Bobby declined that offer, instead choosing to continue trying cases. Follow him as he left the prosecution to work for the first defense lawyers who decided to specialize in defending DUI and DUI Manslaughter prosecutions. Within months, the firm, Essen & Essen, was featured in the Wall Street Journal and on 60 Minutes for their unique and successful defense of DUI cases, so much so that Ed Bradley of 60 Minutes called them “a drunk driver’s best friend. As you can imagine, Bobby has war stories to tell. And these stories are not only entertaining, but they are also enlightening. Learn, and laugh, as you take this course. Enjoy!