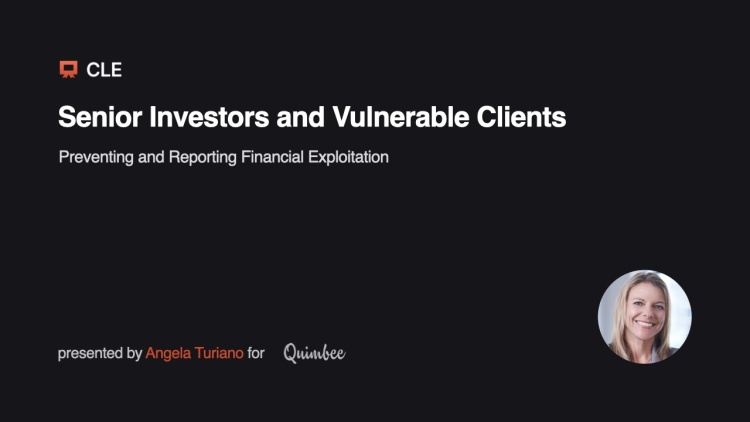 Seniors and other vulnerable clients are susceptible to financial exploitation at alarming rates. Regulators estimate that billions of dollars are lost each year as a result of such exploitation, and given the aging of the investing population, that population's unique vulnerabilities, and their substantial wealth, stakeholders can expect this trend to continue to grow. This program will outline this problem and review best practices to protect senior and vulnerable clients from exploitation and fraud.