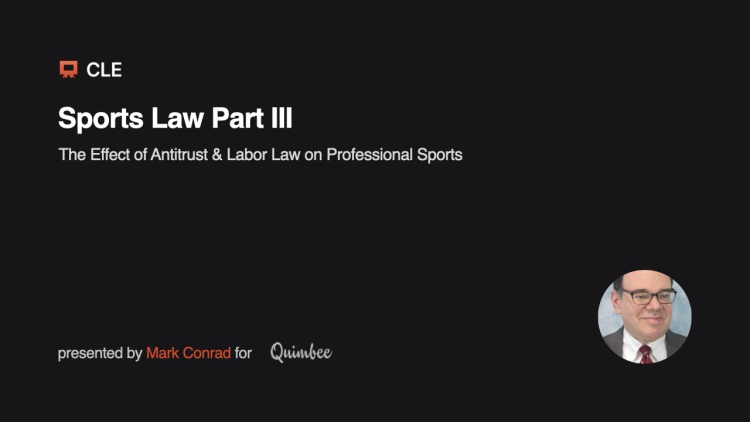 Professional sports involve a unique interplay between antitrust and labor law. On the one hand, pro leagues have a cartel structure where independent team owners coordinate policies with regard relocation, broadcasting deals and salary controls, their way of doing business raises antitrust questions and poses challenges for courts to determine whether these policies violate antitrust law. In addition, because labor agreements are made by all of these owners through the umbrella of the league, the labor agreements combine aspects of labor law, but also involve the applicability of antitrust exemptions involving their labor agreements. This presentation will focus on the basic antitrust standards, the scope of Major League Baseball’s antitrust exemption, the scope of the “rule of reason” test and the scope of the so-called non-statutory labor exemption to antitrust. If there is time, we will review some key provisions of the current labor agreements between Major League Baseball and its players and the NFL and its players. Become a member and get unlimited access to our massive library of law school study materials, including 957 video lessons and 6,800+ practice questions in 1L, 2L, & 3L subjects, as well as 35,800+ case briefs keyed to 984 law school casebooks.