Suing Prison & Jail Officials for Violations of the Constitution Under Bivens and Ziglar v. Abbasi 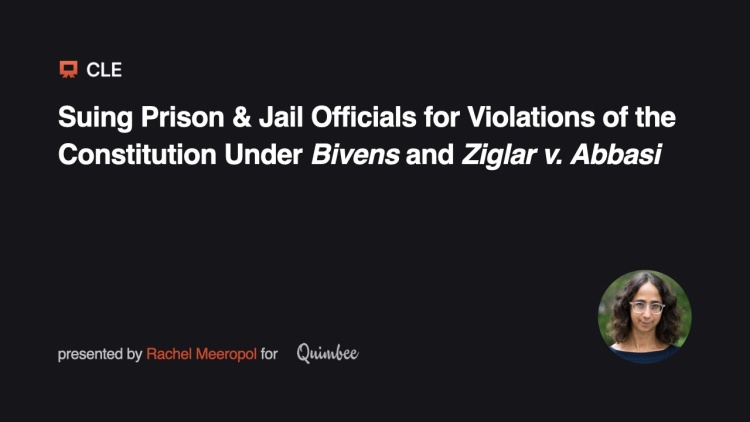 Suing Prison & Jail Officials for Violations of the Constitution Under Bivens and Ziglar v. Abbasi

When a State officer violates someone’s constitutional rights, 42 USC § 1983 allows suit for money damages. But no such law allows claims against federal officials. Instead, since Bivens v. Six Unknown Named Agents of the Federal Bureau of Narcotics, 403 U.S. 388 (1971), the Supreme Court has implied a private cause of action for damages against federal officers for some types of Constitutional violations. In Ziglar v. Abbasi, 137 S. Ct. 1843 (2017), the Supreme Court substantially narrowed this doctrine, limiting the rights of people in prison or federal detention centers to sue for money damages when they have been beaten, placed in dangerous conditions of confinement, discriminated against or otherwise mistreated. This course will survey the current state of prison Bivens claims.