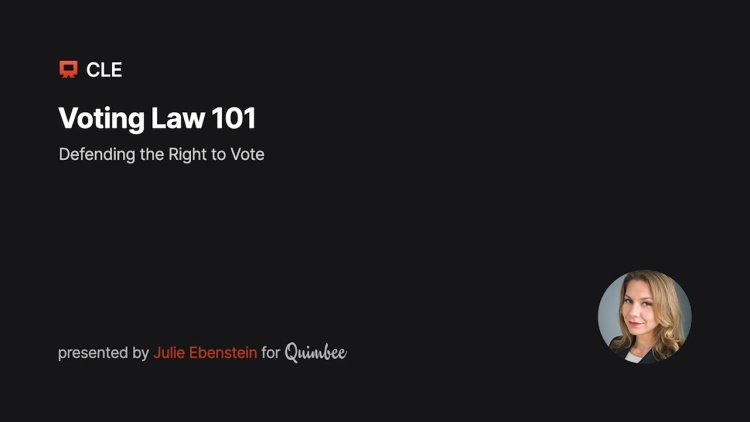 Voting is the cornerstone of democracy. Yet many states engage in ongoing efforts to suppress exercise of the franchise and have faced a series of responsive lawsuits seeking to protect the right to vote. This program will provide an overview of voting rights, beginning with a brief historical overview of the origins of voter suppression in the U.S. It will consider how election laws impact voters’ ability to register, vote, and have their vote counted, then focus on the primary constitutional and statutory bases for protecting the right to vote. The course will focus on courts’ recent application of constitutional and statutory protections for the right to vote in recent election cycles. It will review recent significant voting rights legal challenges and developments in voting and election law, compare past discriminatory voting restrictions to modern day second-generation barriers to voting, and consider examples of racial discrimination through vote dilution, undue burdens on the right to vote, gerrymandering and felony disenfranchisement. We will end by summarizing strategies to challenge voter suppression through advocacy and litigation.