Freedom of Speech on Campus - Past, Present, and Future 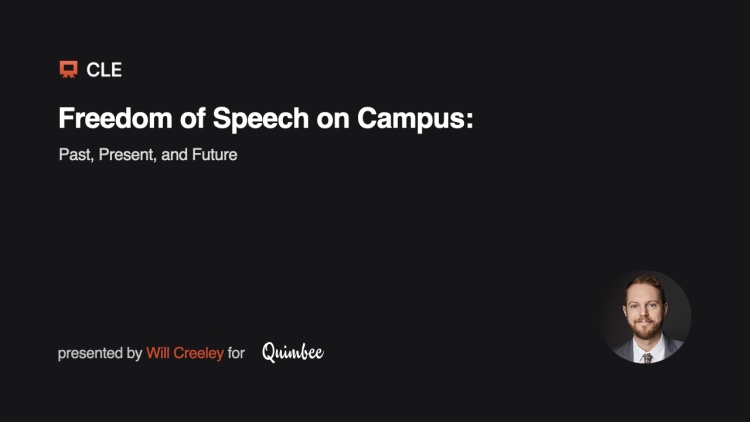 Freedom of Speech on Campus - Past, Present, and Future

Fifty years ago, the Supreme Court described our nation’s college campuses as a true “marketplace of ideas,” holding that the First Amendment protects student speech at public colleges and universities. But the Court’s 1972 ruling in Healy v. James was just the beginning. Over the decades that followed, students, administrators, attorneys, and courts have grappled with the reach, limits, and larger social importance of freedom of expression on campus, taking on everything from speech codes to bias response teams, from student publications to social media. Join Will Creeley of the Foundation for Individual Rights in Education as he explores the past, present, and future of this dynamic, evolving body of constitutional case law.