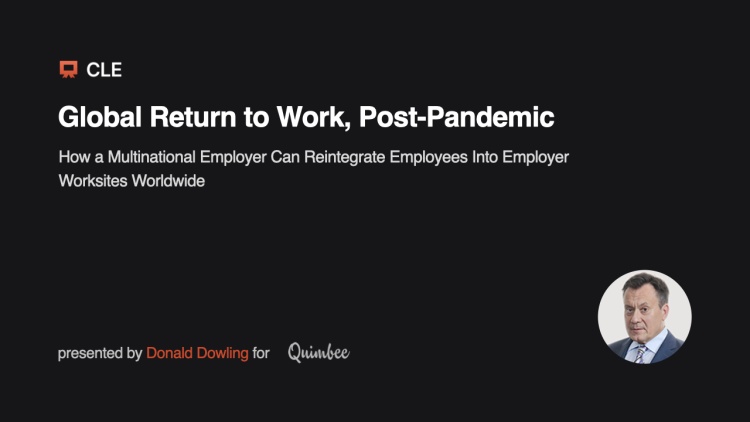 COVID has fundamentally transformed employer/employee relationships worldwide. Now, as we emerge from the pandemic―or as COVID becomes endemic―employers are reversing, undoing or altering their height-of-the-pandemic approach to telecommuting. Of course, multinationals have lots of questions about the global transition back to the physical work site: ∙ Should employees returning to physical worksites be able to telecommute more than pre-pandemic? ∙ How can an employer revamp or relax height-of-the-pandemic workplace safety precautions―vaccine screening, mask mandates, exposure notifications and the like? ∙ What communications should an employer make, to convince staff that the workplace is safe? ∙ And: How does a multinational employer align its return-to-worksite initiatives across borders? This fast-paced session offers a multinational employer global strategies for getting staff back to the workplace post-pandemic, or during a COVID endemic.