Know Your Rights: The First Amendment from Kindergarten to College 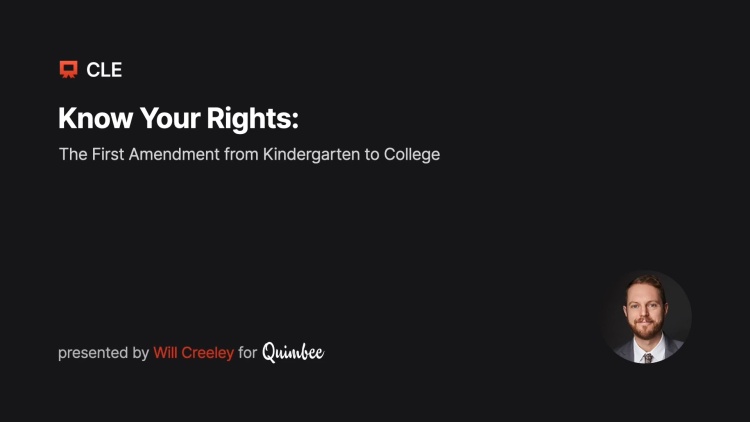 Know Your Rights: The First Amendment from Kindergarten to College

Fifty years ago, the Supreme Court declared in the landmark case Tinker v. Des Moines Independent Community School District that students “shed their constitutional rights to freedom of speech or expression at the schoolhouse gate.” But is that still true — and if so, what does the First Amendment mean in today’s world of Snapchat, TikTok, Twitter? As book-banning sweeps the nation, what about school libraries — are they protected by the First Amendment? Do students have a First Amendment right to access certain titles? And how about attendance and curricular issues? And how about when students arrive on college? Do their rights change? In this course, we’ll review all of these questions and more. Students: Know your rights!