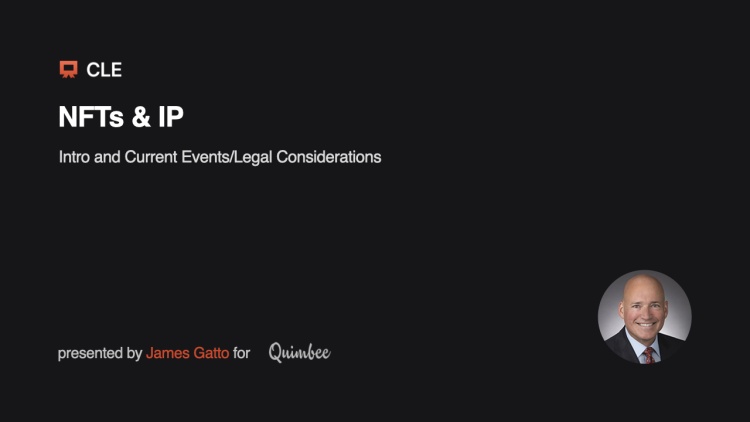 NFTs have been all over the news lately. You have likely heard about them but do you really understand how they work and the intellectual property issues that can arise with their use? This program will provide a clear explanation of what NFTs are and the underlying technology so you can more fully understand how they work and what you need to know to provide NFT-related legal advice. This program will also cover key issues with IP protection and enforcement, NFT license and partnership agreements and provide a summary of real world examples of IP-related legal disputes with NFTs and practical advise for avoiding such disputes.