Political Giving Pitfalls: Campaign Finance Laws for You and Your Clients 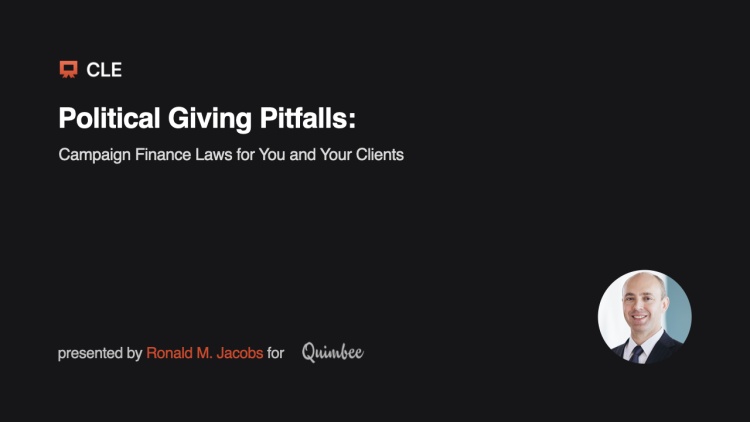 Political Giving Pitfalls: Campaign Finance Laws for You and Your Clients

Contributing to candidates, starting a political action committee, raising money for candidates, and being involved in advocacy organizations are all highly regulated efforts. It is important to understand contribution prohibitions and limitations, disclosure rules, and other restrictions on political activity at the federal, state, and local levels. In this overview course, we will explain how the Federal Election Campaign Act and the various state laws apply to different activities and actors, such as candidates, super PACs, companies, and individuals.