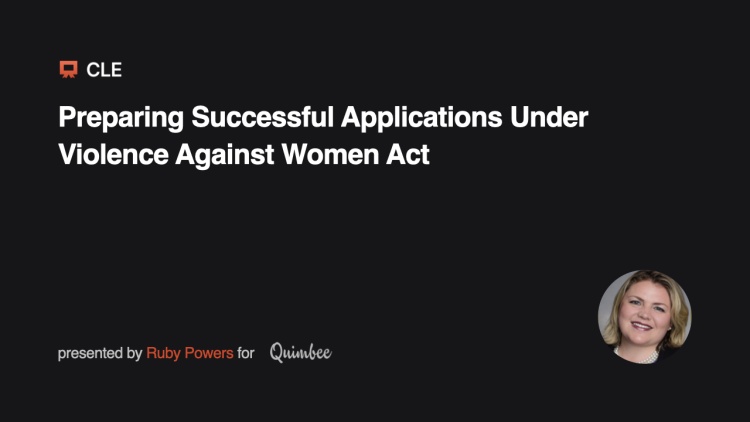 This program, taught by Board Certified in Immigration and Nationality Law attorney Ruby Powers, is designed to familiarize immigration attorneys with the successful tips and guidance in seeking relief under the Violence Against Women Act (VAWA). This course will cover how to effectively work with clients in preparing and filing the VAWA application and tips on special considerations and complications that could arise. Learn the differences between VAWA and VAWA Cancellation of Removal in immigration court proceedings. Attorney Powers will share her years of examples in representing VAWA applicants throughout the program to help clarify the elements and ensure a successful process.

Become a member and get unlimited access to our massive library of law school study materials, including 957 video lessons and 6,900+ practice questions in 1L, 2L, & 3L subjects, as well as 31,100+ case briefs keyed to 984 law school casebooks.