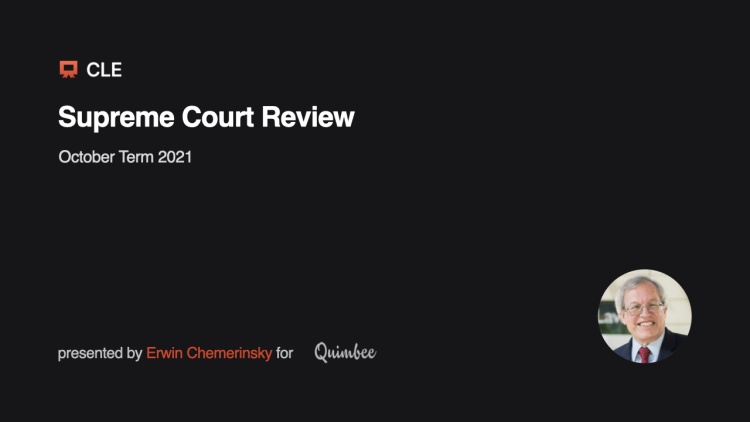 The Supreme Court’s October Term 2021 was among the most momentous in history. Dean Erwin Chemerinsky will review the leading cases in the areas of abortion, administrative law, civil rights, federal jurisdiction, the First Amendment, and the Second Amendment, and discuss their implications for constitutional law and society.