The Evolution of College Sports Law: SCOTUS and Beyond 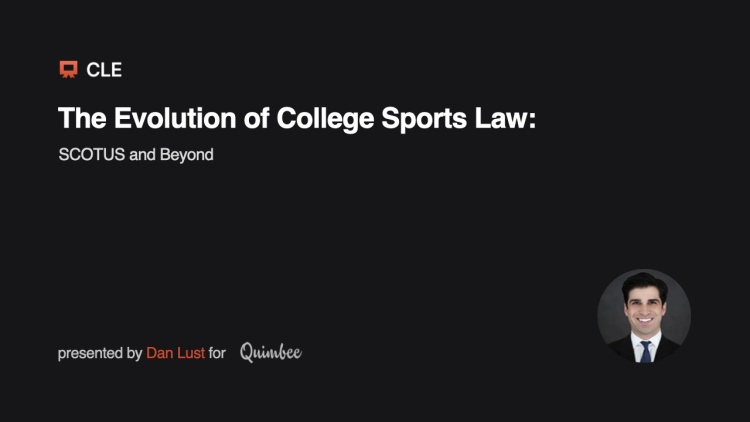 The Evolution of College Sports Law: SCOTUS and Beyond

Until very recently, the NCAA prohibited student-athletes receiving compensation due to their “amateur” status. In this course, we examine landmark cases review the NCAA actions for potential antitrust law violations. We also look ahead to the future of college athletics in the new name, image, and likeness (“NIL”) era.

Become a member and get unlimited access to our massive library of law school study materials, including 957 video lessons and 6,900+ practice questions in 1L, 2L, & 3L subjects, as well as 33,800+ case briefs keyed to 984 law school casebooks.