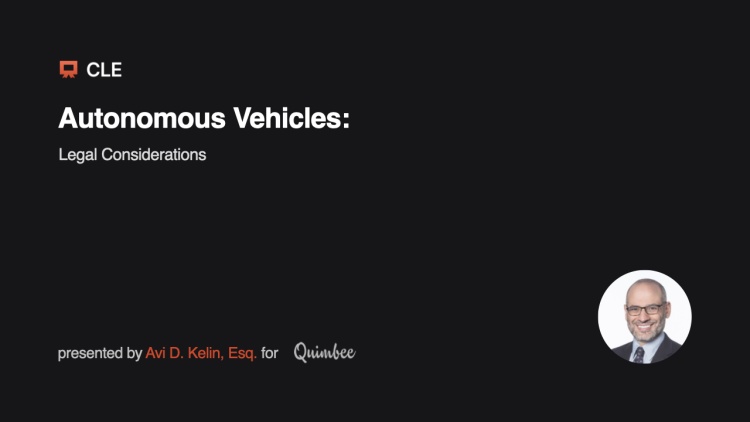 The promise of autonomous vehicles has been discussed for decades, but technological advancements have turned this vision into reality. Like with many new technologies, the law and societal acceptance are still working to catch up to reality. This presentation will provide an overview of the current state of the law, consider the regulatory divide between federal jurisdiction and state jurisdiction, and provide insight on where the law may be going. The presentation will also provide an opportunity to consider the open questions of liability and insurance for situations in which there is no human driver.

Become a member and get unlimited access to our massive library of law school study materials, including 957 video lessons and 6,900+ practice questions in 1L, 2L, & 3L subjects, as well as 32,100+ case briefs keyed to 984 law school casebooks.