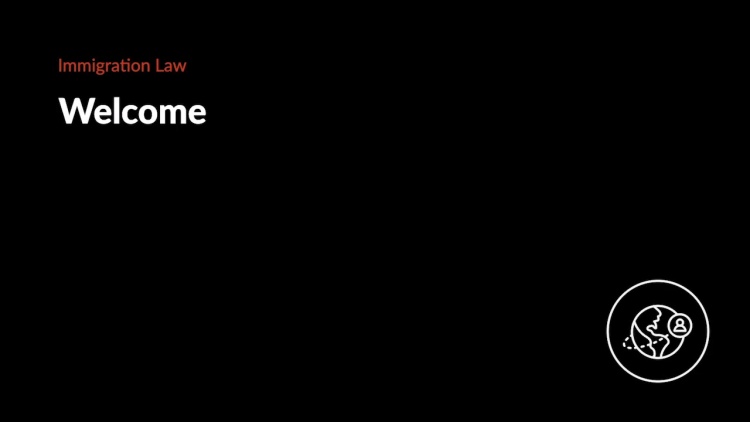 This course addresses the substantive and procedural law and regulations related to immigration and naturalization, including the administrative and criminal enforcement of the immigration law. Issues include different immigration statuses, asylum, etc.

Welcome to Immigration Law. This course is designed for 2Ls and 3Ls. It’s divided into five chapters that follow, with practice questions after each lesson and chapter.

Something important to note at the outset. Although the immigration statutes, regulations, and caselaw often refer to noncitizens as “aliens” and those without legal authorization as “illegal aliens,” such terms have been highly criticized as pejorative and dehumanizing and won’t be used in this course, unless we’re directly quoting from a case, statute, or regulation. Instead, we shall refer to “noncitizens” and note whether they’re present in the United States with or without legal authorization.

Chapter two addresses the two primary classes of noncitizens, which are immigrants and nonimmigrants. We’ll learn about the many types of immigrant and nonimmigrant visas and discuss issues concerning eligibility for those visas.

Chapter three discusses the different grounds for removal of noncitizens, including deportability and inadmissibility. It also will address the different types of relief from these grounds of removal. Note that the former legal term “deportation” was replaced with “removal” in 2003 legislation.

Chapter five discusses immigration procedures related to both admission and removal of noncitizens, as well as issues related to asylum. Regarding asylum, we’ll address both asylees and refugees.

Finally, chapter six addresses noncitizens’ rights, both under the Constitution and federal and state statutes. That chapter also will discuss the process of becoming a United States citizen through birth or naturalization, as well as the process of losing citizenship through expatriation and denaturalization.

If you watch all the lesson videos and work through the accompanying practice questions, you’ll be poised to ace your final exam. Let’s begin.