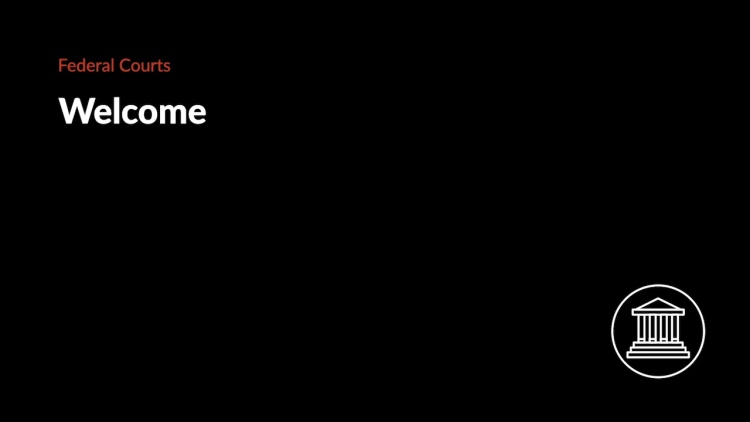 This course covers the role of federal courts in American government, including the judiciary’s adjudication of individual rights and its relationship to and interaction with the other federal government branches and state courts.

Welcome to Federal Courts! This upper-level course features five chapters of lessons, plus 240 practice questions that you’ll find at the end of each lesson and chapter.

Distilled to its essence, the study of federal courts is a study of the struggle for power. And who doesn’t like a good power struggle?

Chapter three, Jurisdiction, focuses on federal court jurisdiction and the type of law that applies to various disputes, as well as the ways in which Congress is able to strip federal courts of their jurisdiction.

Chapter four, Justiciability, addresses the requirements for and obstacles to federal court adjudication. This chapter specifically addresses five justiciability doctrines that are implicated in many federal courts’ essay questions.

Chapter six, Intergovernmental Relationships, discusses the interactions between the state and federal courts and the ways in which various statutes and judicial doctrines constrain federal courts.

If you watch all of our lessons, take all of our quizzes, and read our Federal Courts outline, you’ll know everything you need to tackle your federal courts exam.

2. Origins and Development of the Federal Courts