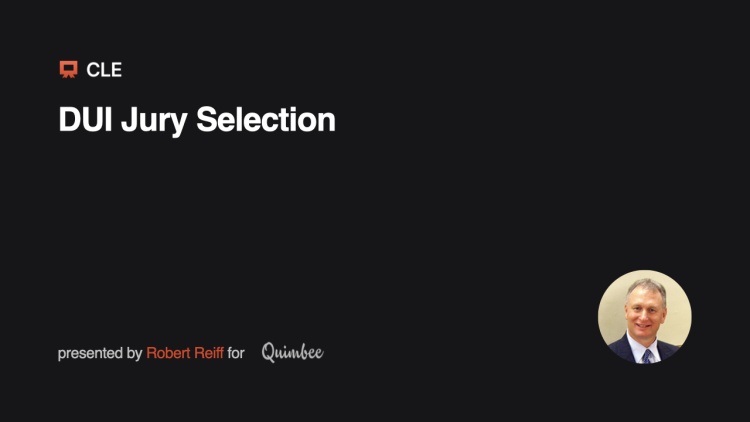 This program is a comprehensive lecture by noted DUI expert and defense attorney, Robert S. “Bobby” Reiff, the author of "Drunk Driving and Related Vehicular Offenses (Lexis Law Publishing Company) and LexisNexis' "Florida DUI Practice Guide" series. In this program, Mr. Reiff provides both new and experienced DUI attorneys tips about strategies in picking a jury in “drunk driving” cases that will help you win your case. He will provide an overview of the theories of jury selection and how they apply to a DUI case. He also provides you with common sense concepts to make the case for your clients.

Jason Potter
Enterprising craft distillery owners cannot afford to be absinthe-minded when it comes to the thicket of federal, state, and local laws regulating distilleries. In this introduction to distillery law, we cover some of the major hurdles to launching and operating a craft distillery, including federal licensing, state and municipal permitting, labeling, and trademark. We also introduce hot-button issues and distill some best practices for proactive protection of distillery owners who are navigating the whiskey business of producing craft spirits.
Learn more
Browse all courses

Become a member and get unlimited access to our massive library of law school study materials, including 957 video lessons and 6,900+ practice questions in 1L, 2L, & 3L subjects, as well as 28,700+ case briefs keyed to 984 law school casebooks.