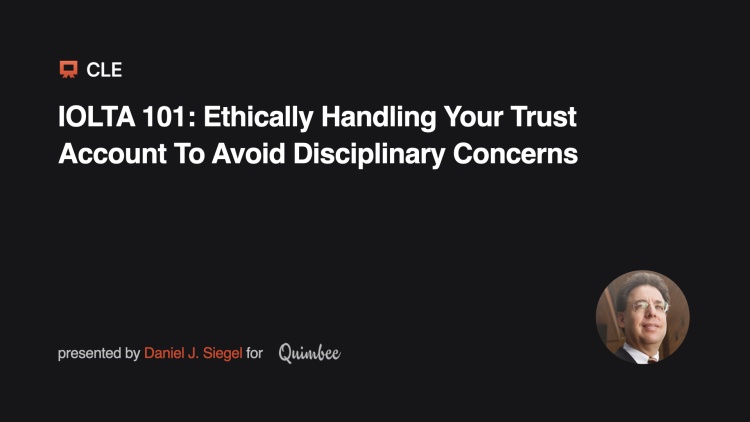 Mismanaging an IOLTA account is one of the primary reasons that attorneys find themselves in disciplinary hot water, and misconduct, even if “innocent,” can lead to discipline, including loss of the ability to practice. In many cases, the attorney involved has never been trained how to handle a trust account, and does not know the best practices for handling one. In this program, attendees will learn about the relevant Rules of Professional Conduct, particularly Rule 1.15, and best practices for handling client and other funds in their IOLTA accounts.