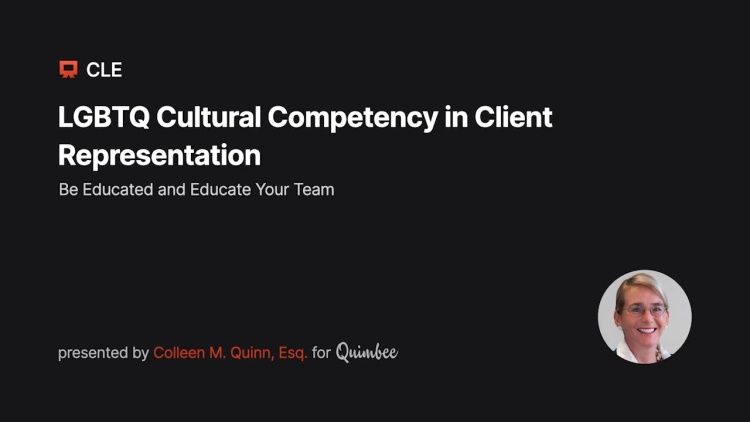 In this practical webinar, you will learn how to be culturally competent when representing LGBTQI clients and how to have an LGBTQI friendly law office and presence on-line and in your marketing.