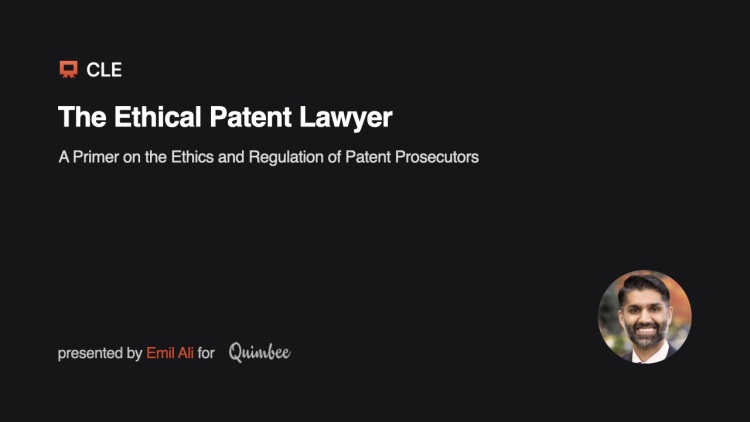 This 60 minute CLE is geared towards registered patent practitioners and their support staff in understanding the obligations of patent lawyers. This IP Ethics CLE will cover topics including conflicts of interest, candor requirements, unauthorized practice of law, working with foreign associates, export control issues, and more.