The Promise and Peril of Corporate Political Activity Compliance 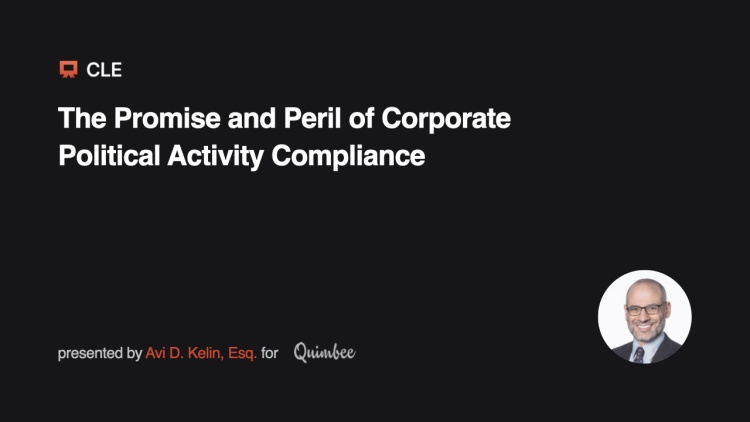 The Promise and Peril of Corporate Political Activity Compliance

It is now more important than ever for businesses to understand what is permitted—and, perhaps more important—what is not permitted in the realm of political activity. Businesses and individuals are motivated to participate in the political process, but must understand the rules of the road to ensure compliance with campaign-finance laws, pay-to-play laws, and government-ethics laws. This presentation will provide an overview of the current state of the law, trends in enforcement and disclosure obligations, and strategies for compliance.