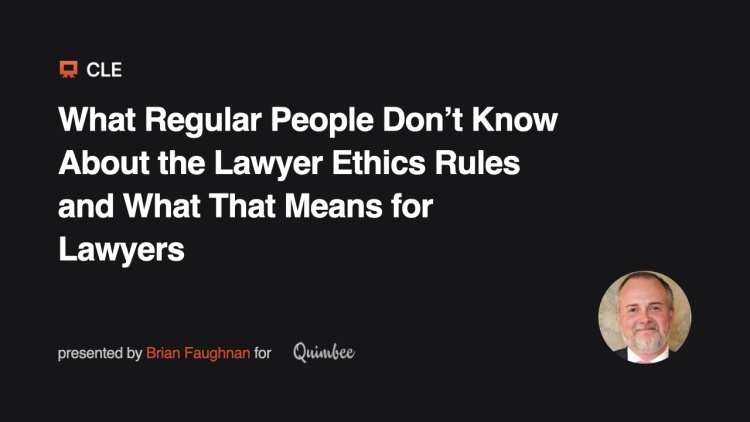 This presentation will provide an overview of multiple aspects of the attorney ethics rules that – may or may not be second nature to practicing attorneys – but are things about which regular people are largely unaware. And, as to some of the topics, even when someone who isn’t a lawyer knows of the rule, the reasons for it can be extremely confusing.